VR and 360 degree videos are definitely more than just a trend. All the big players on the market, including Samsung, Youtube and Facebook are counting on VR / spherical video as a new way to create content and to convey moving images more immersive and touching than ever before. brain script is shooting and editing interviews, documentaries and corporate video in 360 degrees and is able to distribute the content either via video-player in your browser or VR-headset. 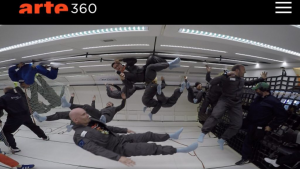 Experience the famous Burning Man Festival with our 360° / VR Documentary

Numerous media experts gathered for the “Fachtagung Medien” at the beautiful monastery in Banz in northern Bavaria. We did a 360 degree interview Rocket Beans CEO Arno Heinisch on his views about newest trends and technology (german only).

Our series Streets of Munich displays the landmarks of the bavarian capital. We captured the famous Siegestor and the Ludwigstraße in a 360 degree time-lapse.